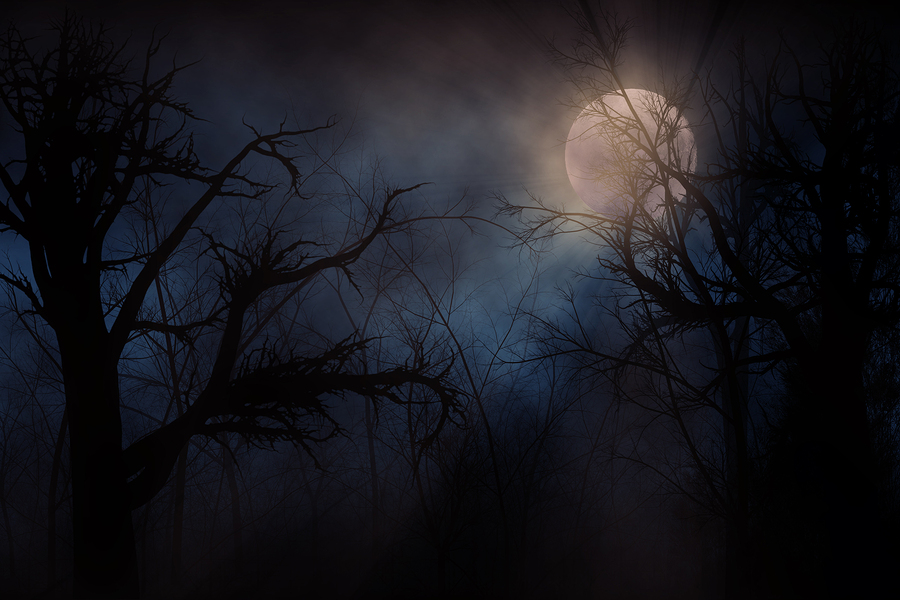 Note that this scene will not be in my upcoming novel, The Bind Seer. It’s part of my main male character’s background history. But it contains major clues about the story… 😀

Alexander could neither stop nor rest; Father’s life depended on him. The warning had been clear; this night would see Murdoch’s death.

A muffled noise sounded to his left. Was he being followed?  Reining in his horse, Alexander looked around and scanned the mist-covered moor around him. His hand gripped the handle of his dagger—not that at ten and three he stood much of a chance against a man full grown, let alone a band of cutthroats. His eyes scanned the dark hills in the distance and closer, a small copse of pine trees. It was the perfect place for an ambush. However, a moment later, a high pitched screech bespoke that some rodent must have taken its last breath under the fangs of a fox. Ambush aye, but not for him. Nay, he was alone.

Gently, he stroked the horse’s sweat-dampened neck, sorry for pushing it like so. Under his palm, he sensed the animal strain to gulp in air, and felt all the more guilty. If his young legs ached, the poor beast must be nearing exhaustion after so many hours at this neck-breaking pace. John MacRae would have his hide for mistreating a loyal mount like so…. To avoid thinking of his foster father, Alexander pushed the horse onwards—but to an easy walk until it regained some of its strength.

At this moment, the clouds parted and the moon appeared. The sight froze his blood. It was unusually large, lower than he had ever seen it. And it was orange.

A blood moon. A bad omen.

Shivers ran down his spine. But he wouldn’t let silly fishwives tales deter him. He lied, stole a horse and ran away from his foster family so it would take far more than an odd coloured moon to stop him.

He wasted enough time—the moon was already on its downward arc—so he spurred his horse onto a fast trot.

Minutes later, the forest where Alexander knew the attack would take place came into view. He made it! The low branches and lack of light forced him to slow his pace, but he did not stop. He struggled to identify trees where his mind conjured menacing shapes but, as his other senses were heightened by the near total darkness, he easily spotted muffled voices.

Weary, he kept his presence hidden and, in silence, he slid off his mount before tying it to a tree. He then made his way as stealthily as he knew how to towards the sounds. On his way there, he identified two male voices.

“Stay away, traitor.” The venom in the first man’s hiss made Alexander flinch. “Your blood isn’t mine anymore.”

“Stop this madness. You’re the one who betrayed his vows.”

Alexander thought he recognized the voices, but he was still too far to be certain. So, he inched forward.

“Another step,” the first man’s voice seethed with fury, “and it’ll be your last….”  The ominous sound of a steel blade scarping against its scabbard tore the night’s quietness.

Father!  Alexander wondered if he spoke the word out loud but if he did, his voice lacked the power to reach the three arguing men.

The insult’s sting reverberated against the trees and stuck in the cold night air, like an arrow to its target. It was followed by an angry cry and by the sounds of steel crashing against steel.

Too late, Alexander ran. Low branches tore at his flesh and cruelly whipped his face. He also stumbled on roots. But he pushed on. He must stop them.

The next scream audible was not one of anger. ‘Twas the sound of a man in pain from some deep wound. And he recognized the voice.

“Father!” As he got closer, Alexander heard more fighting sounds and another painful screech, this one from a different voice. Which one, he wasn’t sure. At last, he erupted in a small clearing bathed in the eerie glow of the orange moonlight.

The scene was exactly as in the warning. Father lay on his back, in agony, while another man was sprawled next to him, as still as death. Deep red blood on their tunics looked black in the unnatural light, and their pale faces made them look like ghosts.

Alexander saw no trace of the third man. Still on his guards, he knelt by his father’s side, terrified, unsure of what to do. A moment later, he felt the hair rise at the back of his neck.

At Murdoch’s warning, Alexander spun left. A silvery blade slashed towards his face. He screamed while the metal sliced through his flesh, fell backwards and heard the sickening thud of his skull hitting a rock. However, while darkness engulfed him, he knew that the wound was not lethal and that within minutes, he would awaken to watch his father die.