Why I always approach my car from behind

Why I always approach my car from behind 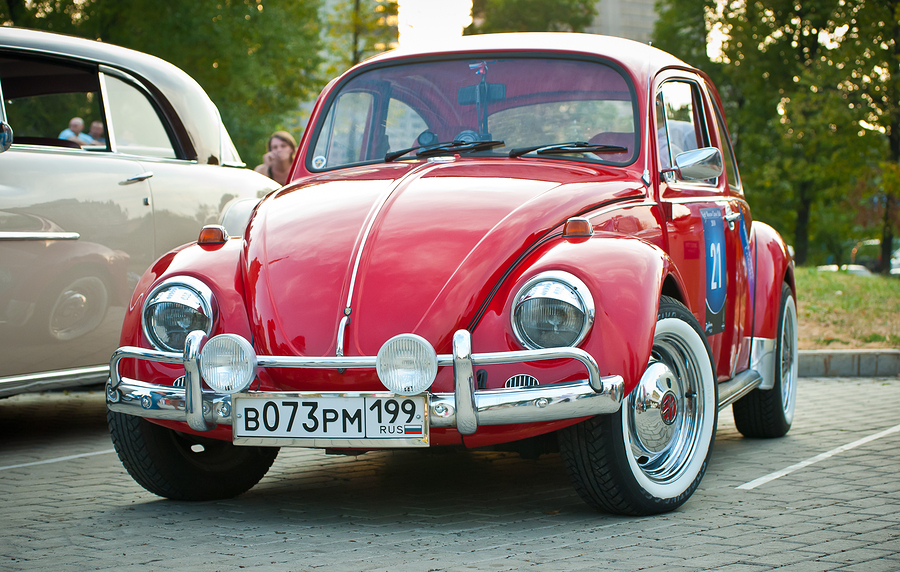 Whenever I must leave my car in a parking lot, I do my best to always back it into place. That’s because I was in the army for nearly thirteen years and you get in trouble if you don’t do this. But whenever I return, I always try to approach my car from behind, and my army training has little to do with that. To understand why I act this way, we must go back to a time more than twenty years ago….

After months of difficult work, my friend Nathalie and I just wanted to take a small vacation. You know, the kind where you sit on a beach and do nothing for a few days? It seemed especially nice after more than half of a six months UN peacekeeping tour of duty in 1993’s former Yugoslavia.

Maybe because we were tired, we assumed too much; I though Nathalie would get a map, while she assumed that I would do so. This resulted in no map as we were ready to leave for Italy. Afraid we would need to cancel our vacation and return our rented car, we looked for a solution to save the day.

Luckily, I found it in my platoon’s office; it was a wall-length map of Eastern Europe. We studied it and figured out that we would simply drive from Zagreb to Ljubljana to Trieste and to Venice via the main, well posted roads, crossing from one country to the other while carrying the map in our heads.

Problem solved! So, without a map but with a plan, I drove us on the road to vacation.

However, our scheme only worked on highways between cities. Once in a city as big as Trieste, we got horribly—the word is not exaggerated—lost.

Finally, fed up of making u-turn upon u-turn in streets so tight out car’s bumpers often touched the curbs during the process, I remembered a trick I learned from my dad during another trip—one where he took our mother, my sister and me from Quebec city to Miami. Simply, when lost, he asked directions from only two kinds of people: cab drivers or police officers.

This was not my day; I found two Trieste cops first.

The patrolling men answered us very amiably and as probably any other law enforcement officers on the planet would do, they looked for a few key points when I hailed them:

4- Odd behaviour by anyone onboard.

For us, our numbers 1-, 3- and 4- passed the test. But we had somehow lost the list’s number 2-.  Which I did not know, or I would NOT have asked help from two police officers.

Seriously—and honestly—how often do you look at your car’s license plate?

Anyhow, I did then and I realized that in that part of Europe in 1993, the license plates slightly overlapped the bumpers. So, if one touched a curb—for example, say…in a particularly tight u-turn—one would keep one’s bumper but loose one’s license plate.

Trying to remember every single one of my numerous u-turns of the last hour or so, I finally remembered one where I touched the grassy street curb a tad harshly. Trying to explain that I had solved the problem—and failing miserably since I didn’t speak much italian and am not a good mime—I gestured for the police officers to get in their patrol car and to follow us. And I took off.

Unsurprisingly, they trailed us. With their sirens blaring.

Thinking they must be clearing the roads for us—although they were behind us—I drove us back to the exact spot where I lost our license plate, thanks to the photographic memory I did NOT know I had until that extremely precise moment.

And voilà! There was our license plate, lying in the grass.

Now I know it looked odd—to say the least. Why would anyone leave a rented car’s license plate on a lawn in the middle of a foreign city if only to retrieve it when needed? Of course, Nathalie tried to explain the whole thing to the police officers, but in broken Spanish; she didn’t speak Italian but figured Spanish was close enough. As the men’s faces grew increasingly somber, I tried to give my own version, in English. Then, in French. I believe I even retorted—without much success—to sign language. Thank God I didn’t have a pen and paper on hand or I might have sketched the whole thing and I am even less gifted for drawing than for miming.

Finally, the older of the two officers gave an order. It could not have been clearer had he spoken Mandarin.

It is at that very precise moment that Nathalie and I ended up with our palms laid flat on the still warm hood of our plate-less rented car, while it was being thoroughly searched.

Thankfully, I had all the needed papers and we managed—within the four languages our small impromptu group spoke and some hilarious reenacting, which included sound effect—to clear the whole situation. To top it all, the two police officers even very kindly helped us to reinstall our license plate, convinced we were only two lost tourists and were not dangerous. At least to no one but ourselves.

We managed to spend our short vacation on a beach in Venice. But I came back with more than a slight suntan and some nice postal cards. I came back with an odd habit; that of always approaching my car from behind, to see if i still have my license plate.

By the way, is yours still attached? 😉